This 3-ingredient cranberry sauce is simple to make, IBD-friendly, and a perfect addition to the table during the holiday season.

How Does this Recipe Differ from Traditional Cranberry Sauce?

While the most basic homemade cranberry sauce usually consists of cranberries, cane sugar, and water, some recipes include additional ingredients like nuts, alcohol, and spices.

Of note, canned cranberry sauce often contains additional food additives such as the chemical BPA, which may worsen IBD disease activity and symptoms.

Why I Chose to Use Maple Syrup

This recipe swaps the traditional cane sugar for maple syrup to make it compliant for more dietary patterns. Specifically, it makes this recipe compliant with the Autoimmune Protocol Diet (AIP), Paleo, and Low FODMAP diets.

This recipe is also friendly for the following eating patterns:

Additionally, using maple syrup as the sweetener adds a rich flavor and reduces bitterness of the cranberry sauce!

Cranberries are a rich source of several vitamins, minerals, and antioxidants. They’re especially rich in vitamin C, but also contain manganese, vitamin E, vitamin K, and copper. Different antioxidants found in cranberries that may have a number of beneficial health effects include quercetin, myricetin, peonidin, ursolic acid, and A-type proanthocyanidins.

Maple syrup is a natural sugar that contains several minerals and antioxidants, like calcium, potassium, iron, zinc, and manganese, as well as at least 24 antioxidants. However, please note that even though it’s natural, it is still high in sugar.

How do you Get the Bitter Taste Out of Cranberry Sauce?

The bitterness that our palettes taste in cranberry sauce is the result of the naturally occurring tannins in the fruit. When we cook the cranberries until they burst, the tannins are released and the bitterness reduces!

How to Spice Up Cranberry Sauce

Add more flavor to this cranberry sauce recipe with a little (non-spicy) spices, like ground cinnamon, ginger, cloves and/or allspice, or even citrus zest/peel.

What Can you Add to Cranberry Sauce to Thicken It

This sauce thickens naturally as the liquid cooks off and the natural pectin in the cranberries gets released after they burst. However, if your mixture is still too liquid-ey, adding a thickener like gelatin, pectin, or even a cornstarch slurry (cornstarch whisked into water or juice) can help. Once a thickener is added, let the sauce cool before refrigerating to completely set.

How to Make Homemade Cranberry Sauce with Maple Syrup

This homemade cranberry sauce is easy to make! Just add the water and maple syrup to your saucepan and heat until the mixture boils. Then add your cranberries and cook until they burst and soften, about 20 to 25 minutes. Let the sauce cool and enjoy! 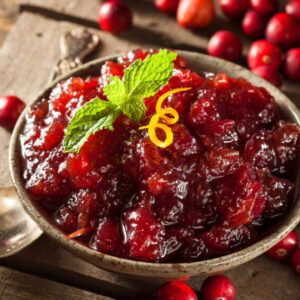 Serve it With
Turkey, stuffing, brie, as a jam, with yogurt or in baked goods.

Here are some other IBD-friendly dessert recipes to explore: 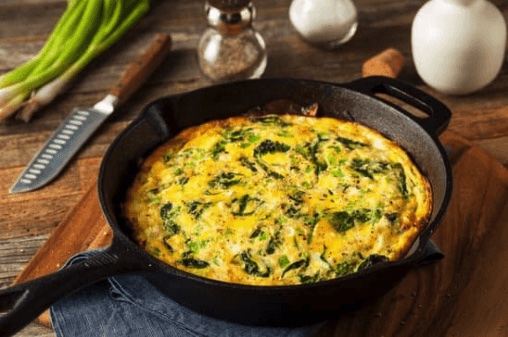