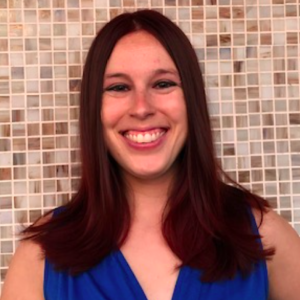 Here are key things to know about leaky gut vs. IBD, including what leaky gut means, how it’s diagnosed, and how it can impact your IBD symptoms.

You may have heard the term “leaky gut”, which may lead to the development of many serious health conditions. But what exactly is leaky gut? What link might it have to inflammatory bowel diseases? And what does the current scientific literature have to say about this supposed syndrome?

What Does “Leaky Gut” Mean?

Simply put, “leaky gut” refers to a condition when the walls of your intestine become more permeable than normal, and can let unwanted substances into your bloodstream.

In her article on Healthline [1], Registered Dietitian Becky Bell explains that when the junctions in the walls of the intestine (known as tight junctions) become loose, it causes an increase in intestinal permeability.

When the intestines become hyperpermeable, harmful compounds like bacteria and toxins are then able to pass through the gut directly into the bloodstream. Because the necessary barrier against potentially pathogenic organisms is compromised, the gut is then described as “leaky”.

Effects of Leaky Gut on Crohn’s, Ulcerative Colitis, and the Microbiome

Increased intestinal permeability often contributes to several negative consequences throughout the body. It can disrupt the flora of the microbiome, leading to an imbalance that can increase the growth of harmful microorganisms and/or lead to systemic inflammation.

Both Crohn’s Disease and Ulcerative Colitis are inflammatory conditions in which increased intestinal permeability consistently occurs. However, more research is still needed to understand this relationship and its effect on IBD management.

How Is Leaky Gut Diagnosed?

Currently, leaky gut is not recognized as an official medical condition, so it isn’t a physician-issued diagnosis. It is unclear if increased intestinal permeability prompts disease onset or if it is simply associated with illness progression.

While there is no concrete explanation as to what causes leaky gut to develop, a 2012 paper in Clinical Gastroenterology and Hepatology [2] identified a protein called zonulin which regulates the intestinal tight junctions. Zonulin has a direct impact on intestinal permeability and is associated with impaired intestinal barrier function.

Leaky Gut vs. IBD: Is Leaky Gut The Same As IBD?

The short answer is no, they aren’t the same. Leaky gut is characterized solely by hyperpermeable intestinal walls and is not specific to any one health condition. It often occurs during episodes of illness and can be found in IBD, but is not a diagnostic criteria for either Crohn’s Disease or Ulcerative Colitis.

There is some disagreement among medical professionals as to whether or not leaky gut is a syndrome that exists on its own (without the presence of another disease). However, there is consensus that increased permeability of the intestinal tract is present in several chronic illnesses, including IBD.

The key things to know comparing leaky gut vs. IBD: IBD is a clinical diagnosis while leaky gut is not, and each condition can occur independently of the other.

What the Research Shows

According to Michielan and D’Inca in Mediators of Inflammation [3],several studies have shown that changes to the permeability of the intestines may occur early in the development of Crohn’s Disease.

However, Odenwald and Turner in Clinical Gastroentrology and Hepatology [4] note that in human clinical studies, disruptions to the intestinal barriers alone were not enough to initiate onset of disease.

While some speculate that leaky gut creates the conditions for inflammatory bowel diseases to progress, there is not enough evidence to show that leaky gut plays a causal role in the development and/or complications of IBD.

According to Camilleri, Lasch and Zhou in American Journal of Physiology- Gastrointestinal and Liver Physiology [5], a few studies have found indicators of increased intestinal permeability in subjects with both IBS-C and IBS-D. They also note that some genetic predispositions to Crohn’s Disease, which lead to alterations in intestinal barrier function, are associated with IBS symptoms – particularly the increased colonic transit found in IBS-D.

How Do You Know If You Have Leaky Gut?

The best first step to take is to consult your medical provider – ideally a gastroenterologist for an examination. This will help them determine if there is increased permeability in your intestinal tract.

At this time, there are no medically approved at-home tests or official courses of treatment for leaky gut. Additionally, many claims about leaky gut, such as links to autism and mental health conditions, are not backed by science. [1]

Work With a Medical Professional

It is important to seek out evidence-based resources. Avoid self-diagnosis, and don’t make dietary or medication changes without the supervision of a physician or Registered Dietitian (RDN) for leaky gut or IBD.

Work with your doctor and RDN to determine a regimen that is most suitable for improving your gut health. This may mean avoiding or limiting certain foods and/or medications (such as NSAIDs) and implementing products to promote healthy diversity in the gut microflora (such as probiotic or prebiotic foods or supplements).

– IBD is a clinical diagnosis while leaky gut is not, and each condition can occur independently of the other.

-Leaky gut is characterized by increased permeability of the intestinal walls, allowing potentially pathogenic substances to “leak” through the gut into the bloodstream.

-Hyperpermeability of the intestines is common in IBD and may impact disease onset and progression.

-Unlike IBD, leaky gut is not a medical diagnosis and more research is needed to determine if leaky gut exists as an independent health condition and/or causes chronic diseases to develop.

All included information is not intended to treat or diagnose. For medical questions, please consult your healthcare provider. 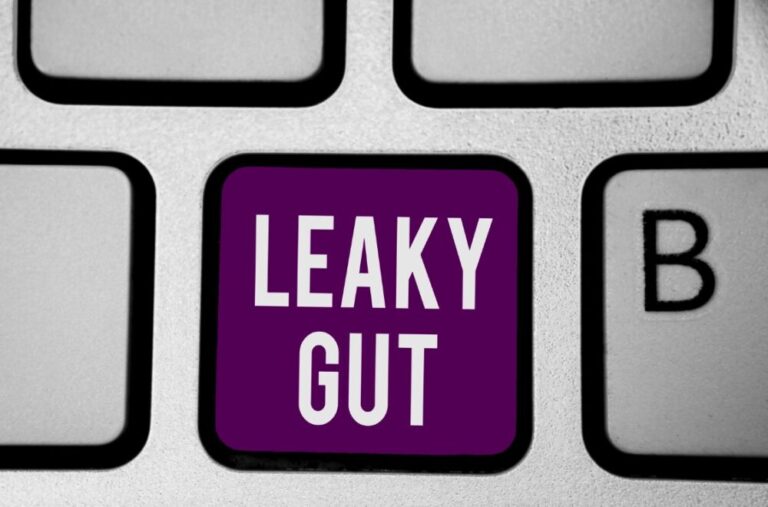 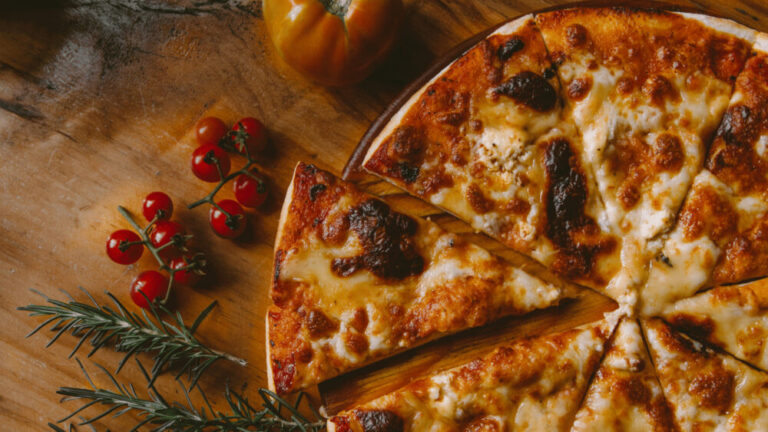 Can You Eat Pizza with Ulcerative Colitis Or Crohn’s Disease?