Learn about common ulcerative colitis and Crohn’s disease nutrient deficiencies, why these matters for your health, common symptoms, and foods to eat that are rich in these nutrients.

My husband, Ari, has Crohn’s disease. He’s a 6-foot-tall guy and weighed 127 pounds at his lowest due to symptoms of the disease. He literally became afraid to eat because he associated all foods with pain, diarrhea, and discomfort. So, he just stopped eating.

In addition to the weight loss (and malnutrition), Ari developed complications including severe iron and B12 deficiency. He didn’t have enough energy to make it through the day due to these low levels (his hemoglobin was at 7 gm/dL at one point – yikes)!

This blog will provide key pieces of information about the 10 nutrient deficiencies to be on high alert for with IBD.

How Does Crohn’s Disease Affect Nutrient Absorption in the Body?

Crohn’s disease is a chronic inflammatory disease that can involve any portion of the digestive tract. Inflammation can extend entirely through the intestinal wall, often resulting in diarrhea, malabsorption, strictures (narrowing), and fistulas (abnormal opening).

People with Crohn’s disease are at greater risk for nutrient deficiencies of several vitamins and minerals due to extensive inflammation or removal of large portions of the digestive tract.

How Does Ulcerative Colitis Affect Nutrient Absorption in the Body?

People with ulcerative colitis have less risk for vitamin and mineral deficiencies but are more prone to iron, fluid and electrolyte loss with bleeding, diarrhea and/or removal of the large intestine.

The reported prevalence of malnutrition in IBD warriors ranges between 20-85%.

Malnutrition is an imbalance between the nutrients the body needs to function and the nutrients it gets. It can mean undernutrition or overnutrition. A person can be malnourished from an overall lack of calories, or you might have a protein, vitamin, or mineral deficiency.

There are many types of malnutrition, and they have different causes. Specific to IBD, a chronic illness, can directly affect appetite and/or calorie absorption.

Undernutrition deprives the body of energy to sustain itself. To compensate, it begins breaking down its own tissues and shutting down functions. One of the first systems to begin to shut down is the immune system. This makes undernourished people highly prone to illness and infection and slower to recover. Wounds take longer heal. They may lose appetite, and parts of their digestive system can atrophy (in essence, lose the ability to digest and absorb food properly).

Vitamin and mineral deficiencies may eventually lead to an additional health complication, malnutrition.

This blog will cover the following 10 nutrients in which IBD warriors are commonly deficient:

Protein has many roles in the body, two of which include:

With IBD, during periods of increased inflammation like during a Crohn’s or ulcerative colitis flare, protein needs may be increased by 50%! Needs are also increased if you’re taking corticosteroids like prednisone, as corticosteroids increase protein breakdown and loss.

Here are some examples of protein foods listed in the Dietary Guidelines for Americans:

For a more complete list of foods with their relative protein amounts, please refer to: Protein-Packed Foods List

Iron’s main purpose is to carry oxygen in the hemoglobin of red blood cells throughout the body so cells can produce energy.

When the body’s iron stores become very low, a condition known as iron deficiency anemia develops. Some common symptoms include:

Here are 4 common reasons why low iron is such a huge problem for people with Crohn’s disease and UC:

Here are some examples of foods that are high in iron:

If your iron levels and stores are low, here are some tips to enhance iron intake and absorption.

If we don’t have enough calcium in our blood serum, then our body takes more calcium from the reserves in our bones to get it and put it into our bloodstream. But when the body takes away calcium from the bone reserves, it leads to osteopenia and osteoporosis. Additionally, if on corticosteroids, people with IBD may be more at risk for bone loss because this process is happening even faster as a side effect of the medication.

There generally are no obvious symptoms (at least in the short term) from not consuming enough calcium. Over time though, low calcium intake can have detrimental effects, including contributing to low bone mass and risk for osteoporosis. A severe calcium deficiency can also produce symptoms, such as numbness and tingling in the fingers, convulsions, and abnormal heart rhythm.

Here are some examples of foods that contain calcium:

For more plant-based sources of calcium, please refer to this free resource.

Vitamin D deficiency has been linked to many chronic health conditions, including Crohn’s disease and ulcerative colitis. This is unfortunate because vitamin D has a ton of important roles in the body, such as:

A person’s vitamin D status depends mostly on sunlight exposure, as our skin has the incredible ability to transform the sun’s UV rays into vitamin D (cool, right?). However, many factors may determine vitamin D status and sunlight recommendations such as skin tone, age, weight, and current medication regimens.

Importantly, people who are medically treated for IBD may need to take particular care in the sun because several of the medicines can cause photosensitivity. Photosensitivity is an exceptionally high sensitivity to the UV waves in sunlight. In the short term, this means severe sunburns, peeling skin, and sometimes a (blistering) rash. In the long term, exposure to the sun whilst taking medications which cause photosensitivity can lead to increased risks of skin cancer. If this is the situation, it may not be possible to produce enough vitamin D.

Our bodies can get some vitamin D from eating foods which contain it, such as:

If a person with Crohn’s disease or ulcerative colitis is not able to get enough vitamin D from sunlight or food, supplements may be considered. Especially in people with IBD who receive corticosteroids like prednisone intermittently, since those medications increase the risk of osteopenia and osteoporosis.

Vitamin B12 helps make DNA and healthy blood cells. Vitamin B12 helps to keep your nerves and brain healthy. If you don’t get enough vitamin B12 from the foods you eat, it can cause tingling and numbness in fingers and toes, or you may feel tired or confused.

If you have Crohn’s disease involving extensive inflammation of the ileum, or if you’ve had surgery to remove part or all the ileum, you may have trouble absorbing enough B12 from food alone. People with IBD who have food triggers or intolerances to foods that contain B12, and vegetarians and vegans are also at risk for developing at vitamin B12 deficiency.

Here are some foods to consider that contain B12:

You’ll notice that most of those food sources of B12 are only animal products, except for fortified foods. Fortified means that certain nutrients, such as vitamin B12 are added to a food that doesn’t normally contain it. So, if you’re vegetarian of vegan, fortified foods are a good source of B12.

Folate helps to form DNA and RNA and is involved in protein metabolism. It plays a key role in breaking down homocysteine, an amino acid that can exert harmful effects in the body if it is present in high amounts.

IBD increases the risk of folate deficiency, as it might cause the body to absorb less folate than people without this condition; for example, about 20–60% of patients with inflammatory bowel disease have folate deficiency.

One reason for this is inflammation in the small intestine, but another reason is if you’re taking either of the following prescription medications:

This means that both drugs can cause folate deficiency. If you’re taking either one of these drugs, I’m hopeful that your healthcare provider advised to increase your dietary folate intake and to supplement with folate.

Folate is found in small amounts in many foods:

Potassium’s main role in the body is to help maintain normal levels of fluid inside our cells. It also helps muscles contract and supports normal blood pressure.

Most Americans don’t get enough potassium through their diets, but there’s an increased risk for potassium deficiency for people in IBD who are experiencing chronic vomiting and diarrhea or are using corticosteroid medications like prednisone.

Signs and symptoms of deficiency:

While many people are aware that bananas are a good source of potassium, there are many foods that contains more potassium per serving than a banana does, like:

Magnesium can be thought of as a helper nutrient in the body, as it supports hundreds of chemical reactions in the body, including:

Magnesium deficiency can be a real nutrient concern for people with IBD, stemming from:

Here are some foods that are rich in magnesium:

Copper is a mineral that the body needs in small amounts to function properly. It has an important role in many functions, including:

Even though the body’s copper needs are small, most of the U.S. population doesn’t eat the daily recommended amount. Additionally, people with inflammatory bowel disease, especially Crohn’s disease, may develop copper deficiencies related to inflammation.

Symptoms of copper deficiency may include:

Good food sources of copper include:

If the body doesn’t get enough zinc, it can cause issues like:

Foods that are good sources of zinc include:

If you’re having ton of diarrhea (for example, 10 times a day), your doctor may recommend zinc supplementation. However, like many other nutrients, too much zinc is not a good thing. Signs of too much zinc include nausea, vomiting, loss of appetite, stomach cramps, diarrhea, and headaches. When people take too much zinc for a long time, they sometimes have additional problems such as copper deficiency. This is because zinc and copper compete for absorption in the stomach, with zinc being the usual winner. As a result, copper isn’t absorbed, and causes a deficiency. Too much zinc can also cause lower immunity and low levels of HDL cholesterol (or the “good” cholesterol).

As you can see, many nutrient deficiencies are common in ulcerative colitis and Crohn’s disease!  If you have IBD, ask your doctor to regularly check your blood lab values. Additionally, if you’re on corticosteroid medications like prednisone or are lactose intolerant, it may be helpful to ask for a DEXA bone scan to monitor bone density.

If UC and Crohn’s disease nutrient deficiencies are present, speak to your dietitian and doctor regarding next steps to correct the deficiency and prevent future ones. 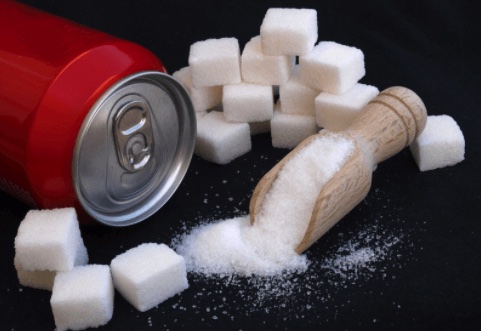 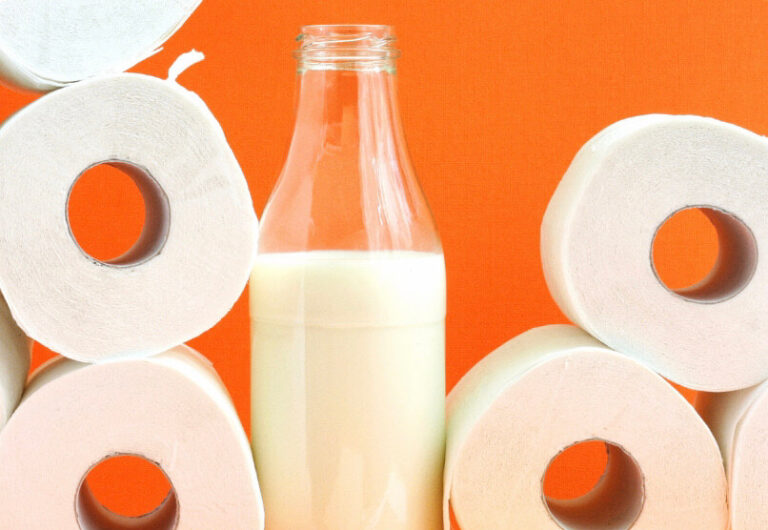 Lactose Intolerance: What It Means for People with IBD 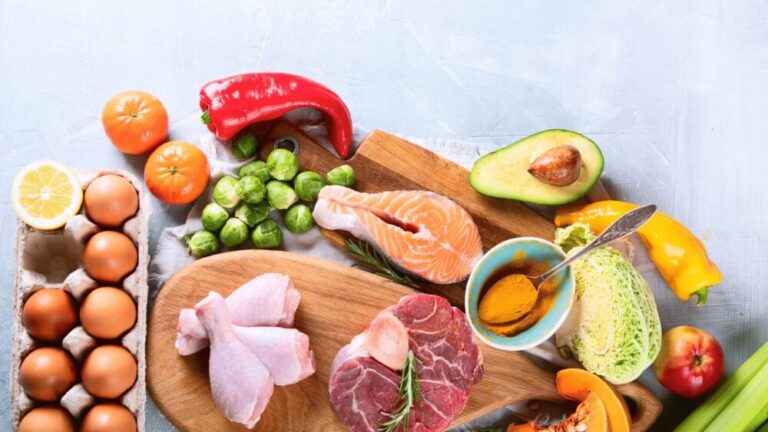